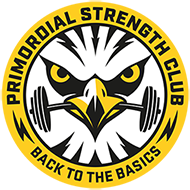 In Essentials of Barbell Programming Part 3 I discuss the One Factor Theory and the Two Factor Theory, both are theories of adaptation to generate increase in performance and, in this case, strength.

Today I would like to re-iterate that as a novice, the One Factor Theory, also known as the Supercompensation Theory, is the one that ought to be initially followed and will generate the best results.

Most of you reading this article would not like to be considered a “novice”. You may have been “working out” for years, so technically you are not a novice, or you don’t think, (or don’t want to be seen as) a novice.

In Barbell training to be a novice is an excellent place to be. It is defined by a stage in a strength training athlete’s career where improvements, or PR’s (Personal Records), can be generated at every training session. Technically it defines anyone that can recover from a homeostatis-disruptive stress in 48 to 72 hours. For as long as you can add a little extra weight to the bar at every workout, then you are a novice and should cherish to be one. When well programmed a novice can take advantage of the Supercompensation Theory for several months, even years, all the while getting stronger and stronger at every workout.

Stick to the basic movements: The Squat, the Deadlift, the bench Press and the Press. Add a few pounds at every workout, even 1 pound, and you are by definition getting stronger and building muscle and might. Add a few accessory movements for the triceps, and a few chin-ups and/or pull-ups, and you are set. Squat, Push, Pull, Eat, Sleep, repeat. Keep it simple.

When a lift does gets stuck, (It will at some point), the trainee should not assume that he has hit the end of his beginner’s cycle. It’s not just a switch that is turned off. Rather, he should ask himself one question, a very important one. Does this lift require more work or less work? The answer usually lies in one of these two things. It almost never involves adding more and different exercises. The exercise itself is not the problem, but the way it is planned in the weekly schedule that needs to be addressed.

Therefore, before moving on to an intermediate level of training a trainee should do everything possible to hang on to the magical moment of being a novice, progressing little by little at every workout until the time comes that this is no longer possible.

There will come at time alas where constant increase in poundage at every training session will no longer work, and progress will stall. The overall load of a training session is too high to accommodate complete recovery in 48 to 72 hours. The intermediate level is where most strength trainees make the bigger mistakes. They often risk getting caught in an endless cycle of changing routines, messing around with their weekly schedule, exercises, reps and sets in an effort to either get back on track, speed up progress or even feel that progress is still being made. At time even changing their goals, (cutting instead of bulking for example), into something that they feel more attainable. Usually, they still want to simply get bigger and stronger, but they have lost that “magic” that accompanies beginners and get stuck on a lift, and constant, linear progress stalls.

Complexity is seductive. There is something about it that the human mind finds attractive, as though harder to understand equals Better. Strength trainees are not immune to this syndrome, and the tendency to prematurely advance to unnecessarily complex programming is common. However, complexity, for the sake of complexity is futile, useless and often counterproductive.

Progress will still be made on programs that are satisfyingly complex and advanced, but if we can make progress every week instead of every 4 weeks or 8 weeks, then progress is faster. Math is not an opinion.

All training programs will eventually be interrupted at some point, whether it’s work, holidays or a common cold. If you are stronger when this happens – because you made faster progress, the interruption leaves more on the table after the layoff than it otherwise would.

It is indeed true that at some point in a trainee’s career it will be necessary to get complicated, and will require periods of time longer than were previously used in order to generate progress, because the closer you approach the limit of your physical potential, the longer it takes to make a smaller amount of progress, the more complex the process will be, and the greater the likelihood of an injury because of the proximity to your absolute limit and your high level of motivation to find that limit. In Strength training it is called the Principle of Diminishing Returns.

However, actively seeking a level of complexity that is not only unwarranted but unproductive is a waste of time and potential strength. Training is more productive if it remains as simple and straightforward as possible, and this means the absolute least amount of deviation possible from the task of setting new PRs as often as possible.

This logical approach must be applied to post-novice programming. The same principles that permit efficient control of the stress/recovery/adaptation cycle apply even when the cycle no longer operates in a 48 to 72-hour period. Even if a weekly cycle is now required, (progress every week rather than at every workout), there should be no argument that faster progress – with good form – should always be the default objective, and faster progress will always be obtained by using two primary principles (a) basing your training on data collected directly from your training and (b) adding complexity only when necessary and as little as possible. PRs are the measure of progress, and these two principles, when properly applied, result in PRs with the maximum frequency your level of training advancement permits.

Train Based on Your Training

Your training needs to be based on the training itself, not a performance. Training is NOT a workout, (though these two terms are often interchanged). Training is the process of accumulating a specific physiological adaptation or adaptations necessary for improved performance in an athletic event or to reach a specific objective. If maximal strength is your objective, then your training should be set up to achieve this specific objective. Therefore, training per se is not the objective, it is the means to reach the objective, whether it is preparedness for a competition or to simply get stronger.  Training is an accurately planned series of weekly workouts that progressively and intentionally increase the stress from which recovery provides the adaptation. Training takes place over time, and it is carefully designed to produce the type of stress necessary to generate the adaptation specific to the performance or goal for which you are training. Training is thus a process which needs accurate planning.

Novice programming works because it is linear. The process of adding a few pounds to the movement at every workout is quite straightforward.

Novice training is not based on a performance, because there has been no performance – no test, no attempt to find the limit of ability. Rather, the novice is setting new PR’s at every training session. Both the neuromuscular and the mind-body connection are not yet primed to express maximum strength.

Thus, novices calculate their training loads based on previous training – not a performance – and the process works because of the reliability of the S/R/A cycle, (Strength, Recovery, Adaptation) and the trainee’s diligent attention to driving the process efficiently.

For the Intermediate trainee, the same principles should be applied: effective training must be based on the process that generated the adaptation in the first place – the selection of loads and workouts that produced the accumulation of strength, just like those which formed the basis of the novice progression that led up to what is now a more advanced state of adaptation. An intermediate trainee should not presume that just because he’s technically no-longer a novice, that the basis of his training load selection must change.

In no way am I discounting the value of performance itself or setting yourself up for a “PR day”, as this can add urgency and value to your training, along with a more specific objective. At the Intermediate level of training, simply wanting to get stronger is no longer specific enough, aiming to squat 405 pounds is.